VA has developed newsletters, brochures, and other materials for Veterans, the public, and health care providers about the health effects of Gulf War service and VA services for Gulf War Veterans.

The Gulf War Newsletter provides information especially for Veterans who served in Operations Desert Shield and Desert Storm and their families.

As of September 2019, Military Exposures & Your Health replaced the Gulf War Newsletter and Post-9/11 Vet Newsletter. This newsletter is for Veterans who served from 1990 to the present and their families.

Subscribe to email updates and notices of published newsletters.

Airborne Hazards & Open Burn Pit Registry Fact Sheet (403 KB, PDF)
Registry for Veterans and Servicemembers who deployed to Southwest Asia after August 2, 1990, or to Afghanistan or Djibouti after September 11, 2001

Use these posters to help inform Veterans about VA benefits and services. Posters are not copyrighted and may be printed on 8.5" x 11" paper using a standard office printer. 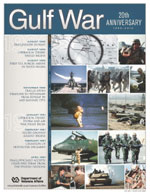 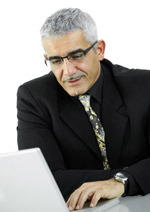